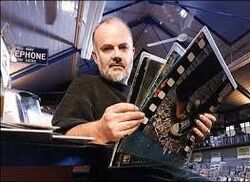 This list is intended to provide a comprehensive survey of occasions when Peel played either a complete album on air or one uninterrupted side of it. It has been researched from the database on this site and from Ken Garner's The Peel Sessions. Any other contributions of confirmed plays are welcome. It is also hoped that it will conclusively scotch persistent rumours of spurious plays, such as the much-referenced (but apparently non-existent) complete airing of Simon Joyner's The Cowardly Traveller Pays His Toll, and the so-called full play of Mike Oldfield's Tubular Bells.

Long before the advent of the Internet, it was common practice during the 1970s for JP to play whole albums on air, since they counted as 'review plays' (a term which skirted the BBC's needle time restrictions), and in his pirate radio days, rules did not apply. He was not the only DJ by any means to do this: in the late 1960s and early 1970s British DJs, listeners and journalists looked with envy at FM rock radio in the USA, where no needle time restrictions applied and featuring an entire album was commonplace. As rock music began to be taken more seriously, the practice crossed the Atlantic to Radio One; Alan Freeman, for example, played the entirety of Pink Floyd's Wish You Were Here in a quadrophonic mix. However, with the increased sophistication of tape recording and the record industry's subsequent growing concerns over album piracy, this procedure disappeared by 1980 and John would restrict himself to chunks of, on average, three tracks at a time spread over more than one show (such plays are beyond the remit of this article). It is also possible that it was as a response to criticism from the music press that such plays were examples of lazy programming.

The procuring of pre-release LPs was highly competitive, and John gazumped other radio stations (for example, he aired Bob Dylan's Desire before Capital Radio could claim an exclusive). It is arguable that, far from providing listeners with free copies of the album, it gave advantageous airing to important releases in an era before lawyers policed the airwaves (witness the white label playing of tracks from the White Stripes' Elephants and subsequent legal threats). However, his individual tastes certainly came into play at some point: it has been said that he played an entire side of a Cocteau Twins LP simply because he was enjoying it (this has yet to be proven by an available recording).