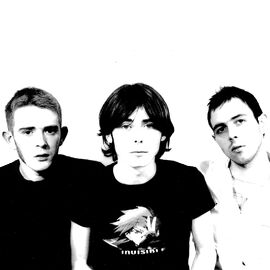 The Aphrodisiacs were a Scottish three piece band from Motherwell that mixed electronic beats with unusual keyboard sounds, guitar, bass and drums. The group were formed in 2002 by Stephen McFall (vocals, guitar, keyboard), Kevin Carlin (drums and bass) and John Cairns (guitar and bass). The band at the beginning played mainly around Scotland, before expanding to other areas of the UK. The group only made two albums, before splitting sometime in the late 2000's.

The band sent demo tapes to John Peel and several record labels. Peel heard the demo and the band got their material played on his show, which attracted the attention of SL Records, who also had the same demo from the band, when one of the co-founders of the label heard their track on Peel's show. After hearing the track, the band were invited for two sessions for Peel's show and were also signed to SL Records.