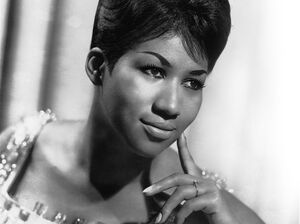 Aretha Louise Franklin (March 25, 1942 - August 16, 2018) was an American singer and songwriter. Franklin began her career singing gospel at her father, minister C. L. Franklin's church as a child. In 1960, at age 18, Franklin embarked on a secular career, recording for Columbia Records only achieving modest success. Following her signing to Atlantic Records in 1967, Franklin achieved commercial acclaim and success with songs such as "Respect", "You Make Me Feel Like) A Natural Woman" and "Think". These hits and more helped her to gain the title The Queen of Soul by the end of the 1960s decade. Her family were also involved in the entertainment business, including her father C.L. Franklin as a gospel preacher and sisters Erma and Carolyn who both sang. Aretha has often been described as a great singer and musician due to "vocal flexibility, interpretive intelligence, skillful piano-playing, her ear, her experience." Franklin's voice has been described as being a "powerful mezzo-soprano voice" and has been praised for her arrangements and interpretations of other artists' hit songs. Franklin's image went through rapid changes throughout her career. During the 1960s, Franklin was known for wearing bouffant hairdos and extravagant dresses that were sometimes surrounded enveloped in either mink fur or feathers. In the 1970s, embracing her roots, Franklin briefly wore the Afro hairdo and wore Afrocentric styled clothing admired by her peers. In the mid-1970s, after dropping weight, Franklin began wearing slinkier attire. By the 1980s, she had settled on wearing nightgowns and extravagant dresses.

Peel was a fan of Aretha Franklin's style of soul music from the late 1960's and early '70's. She made her breakthrough to commercial success in 1967 and although her hits were not Perfumed Garden material, they were played on Radio London's daytime shows and the strong blues feel of her work made her more popular with late '60s rock fans than most other soul singers of that time. Peel apparently saw her live in London at the end of the 1960s, having gone at the insistence of Johnnie Walker.[1] 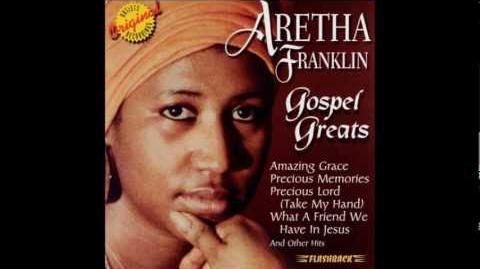 Aretha's cover of You'll Never Walk Alone was played on Peel's first radio show following the Hillsborough stadium disaster in April 1989, when 96 Liverpool fans died. The DJ used Franklin's rendition of the song to lead his set at the 1997 Hillsborough Justice Concert at Liverpool's Anfield ground. On 15 April 1999, he played the same version on his show again to mark the tenth anniversary of the tragedy.

However, Peel was not a fan of Aretha's post 70's music career and on one occasion when he was presenting Top Of The Pops, he sarcastically commented after her number one single duet with George Michael was played:

"You know, Aretha Franklin can make any old rubbish sound good, and I think she just has." [2]

Retrieved from "https://peel.fandom.com/wiki/Aretha_Franklin?oldid=238832"
Community content is available under CC-BY-SA unless otherwise noted.