"I have to be honest with you, I never really imagined, as I said earlier on - or hinted earlier on - that we'd be able to get Cobra into the studio to record a session for this because we've had not a lot of luck over the years with artists from Jamaica... but we managed to get Cobra in at the last moment and it was well worth the effort." (19 January 1992)

Ewart Everton Brown (born 31 March 1972), better known by his stage name of Mad Cobra or simply Cobra is a Jamaican reggae musician. He was born in Kingston, Jamaica, raised in the parish of St. Mary and relocated back to the place of his birth during his teenage years. He began performing under his stage name, taken from a character in the G.I. Joe comic books, while still in his teens. He honed his talents on several local sound systems before entering the studio. 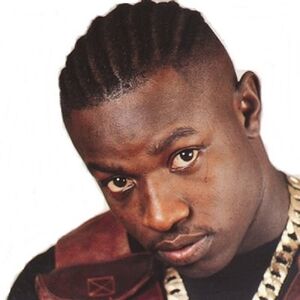 His first single, 1989's "Respect Woman", was produced by his uncle, Tuff Gong engineer Delroy "Spiderman" Thompson. His next single, "Na Go Work", featured Tricia McKay, giving him his first hit, and bringing him to the attention of producers Captain Sinbad and Carl Nelson. Together they released a string of hit dancehall singles, including "Shoot to Kill", "Merciless Bad Boy", and "Ze Taurus", which featured tough, gangsta rap-style lyrics in keeping with the current trends of that time.

In 1990, Cobra began working with producer Donovan Germain and songwriter Dave Kelly on the Penthouse Records label. This partnership spawned a series of major hits in Jamaica, including "Yush", "Gundelero", "Bad Boy Talk", and "Feeling Lonely" (with Beres Hammond). He released his first full-length album in 1991, entitled Bad Boy Talk, and over the next year worked with several different producers on yet more hit tracks ("O.P.P" with King Jammy, "Tek Him" with Bobby Digital, "Be Patient" with Sly & Robbie). In 1991 and 1992, Mad Cobra broke into the UK Reggae charts with five number one hits, bringing with it a backlash over concerns about the anti-gay sentiments of tracks such as "Crucifixion"...... (Read more)

As suggested above, Cobra's sole session for Peel was a last-minute surprise, yet one that delighted John enough for him to repeat it at Christmas that year as one of his favourites of the year. However, his enthusiasm for the artist's work translated neither into UK mainstream chart success ('Legacy', a duet with Richie Stephens, only managed to scrape to number 64 in 1993) nor Festive Fifty entries (as with any other reggae act barring Bob Marley).

Cobra signed with a major label, Capitol, in 1995 and had moderate success in the US, but reappeared only sporadically in JP's playlists, in the main due to a lack of material being issued. However, the 2003 release 'Haunted' was warmly received (see below).

Retrieved from "https://peel.fandom.com/wiki/Cobra?oldid=230821"
Community content is available under CC-BY-SA unless otherwise noted.