In 1991, the DJ devoted four consecutive shows to alternative takes on other artists’ songs (see Cover Version Specials). During the third of these, Peel cited a God Bullies demolition of 'Tie A Yellow Ribbon' as a “demonstration of the near-perfect cover version – one that leaves the original lying bruised and tattered in the gutter.”[4]

Throughout Peel's career on Radio One, many of the artists played on his shows wrote their own material, a trend which began in the post-Beatles era of the late 1960s and continued into the singer-songwriter boom of the early 1970s. Yet even in these times, a few performers, like Fairport Convention, were primarily known for their cover versions, while many folk and blues artists covered songs by their contemporaries, or did versions of material dating from earlier decades. Pre-1970 Peel shows also include plenty of British covers of American songs, illustrating a long tradition in British pop.[3] Moreover, The Nice's arrangement of Leonard Bernstein's 'America' and Love Sculpture's version of Aram Khachaturian's 'Sabre Dance' were two classical-pop covers which Peel admired (both made the charts in 1968).[5] [6]

Peel was especially happy to air new versions of songs that were personal favourites, including at least a dozen covers of Teenage Kicks. In spring 1982, the DJ asked all session guests to attempt Liverpool anthem You'll Never Walk Alone for a proposed album project,[4] although this was eventually abandoned because many bands were unwilling to play the song.[5] He later took huge delight in the Trikont label’s four-CD 'La Paloma' series, featuring nothing but recordings of the popular nineteenth-century Spanish song by different artists.[6]

Between 1991 and 1993, Peel undertook a long and ultimately successful trawl through his singles to track down a much-loved cover of Little Richard’s ‘Tutti Frutti’, treating listeners to unexpected gems he unearthed along the way (see Little Richard Cover Search). The version in question eventually turned out to be by American singer Mickey Lee Lane. The record was later found stored safely among his most precious 45s in John Peel's Record Box.

Other favourite covers in the same collection included a reggae version of the ‘Coronation Street’ theme by Izzy Royal and the Galactic Symposium double-header ‘Y.M.C.A.’ / ‘Money’ (covers of Village People and Pink Floyd), as well as a version of ‘Dancin’ Queen’ (ABBA) by Cheeze, described by JP on 08 March 1992 as "infinitely better than the original".

Talking to BBC World Service in 2004, the DJ commented:

“I don't like cover versions when they're just a faithful replica of the original - you get an awful lot of that and it seems to me to be utterly pointless. But when somebody comes along and does something original that you wouldn't have expected, then that is particularly welcome.”[7]

Perhaps unsurprisingly, the DJ continued to look back with derision at cover versions of popular hits such as "Purple Haze" and "See Emily Play", which he claimed to have heard performed by dance bands and orchestras hired by the BBC to escape needle time restrictions, a Light Programme convention which survived into the early days of Radio One. Sadly, no recordings from this period have as yet been found to confirm Peel's claim, although artists who did cover versions of chart material for the BBC included Elvis Costello's father Ross MacManus. Nor did he pay any attention to the cheap compilation LPs of chart hits made anonymously in the 1960s and '70s and sold in supermarkets and department stores, even if a few of these contained early efforts by the likes of Elton John and Phil Collins before they achieved fame.

Peel himself performed a cover with Tony Blackburn of 'You Don't Bring Me Flowers' by Neil Diamond and Barbra Streisand. Recorded sometime in the 80s, it was played during a BBC Radio One tribute show to JP on 28 October 2004. In the early 1980s, he also joined the recording of Altered Images' version of Diamond's 'Song Sung Blue' on "backing vocals, whistling".[8]

The following list was compiled only from the database of this site, Lorcan's Tracklistings Archive and Ken Garner's The Peel Sessions, and is far from complete. Please add further details if known. To search for particular songs or covered artists, use the search function of your browser (click CTRL-F). For pages with covers listings for original artists, songs and others, see Covered category page. 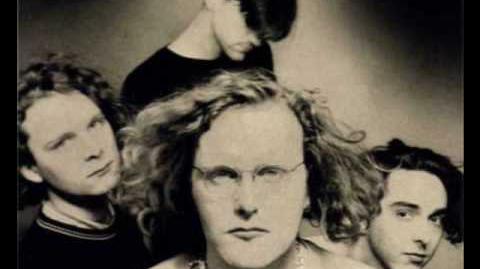