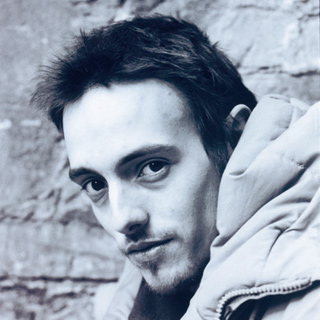 Cristian Vogel (1972- ) is an electronic music composer. Vogel first began working with electronic compositions in the late 1980s with the Cabbage Head Collective (working with Si Begg, among others). He attended the University of Sussex, under the tutorship of Martin Butler (composer) and Jonathan Harvey (composer) and graduated with a degree in 20th Century music, suffusing his techno compositions with influences from musique concrète and other avant-garde styles.

In the early 1990s, Vogel issued two EPs on Dave Clarke's Magnetic North Records label, the first of which was the underground success, Infra. After further solo EPs and collaborations with emerging UK techno artists such as Neil Landstrumm and Dave Tarrida, Vogel released his debut full-length, Beginning to Understand, in 1994 on Mille Plateaux, and subsequently became the first UK techno artist to be signed to Berlin's Tresor Records. He also started the vinyl only label Mosquito with Si Begg, on which he released both his own music and other artists', and is considered to be one of the main founders of the No-Future collective that was active in Brighton during the mid-nineties.

Alongside Jamie Lidell, he formed the group Super Collider, who released two albums, before Jamie Lidell saw fame with his Warp Records album Multiply. Cristian Vogel also sings and plays guitar in his band project Night of the Brain, whilst continuing to maintain a presence on the underground techno scene.

From 2003 to 2010, he worked with the Swiss choreographer Gilles Jobin, composing electronic music scores for 6 of his contemporary dance pieces. Over a 20-year career, Vogel has been sought after as a remixer and album producer, having worked with artists such as Radiohead, Maxïmo Park, Chicks on Speed, and Thom Yorke..... (Read more at Wikipedia).

Over a nine-year period, Peel supported Vogel's music by frequent airplay and two sessions (recorded in the artist's own studio), yet his listeners declined to vote any of the man's tracks into the Festive Fifty. Following the first TX of 'No One Knows, No One Goes', John commented: "Excellent. Just what the doctor ordered, I think."

Retrieved from "https://peel.fandom.com/wiki/Cristian_Vogel?oldid=206234"
Community content is available under CC-BY-SA unless otherwise noted.