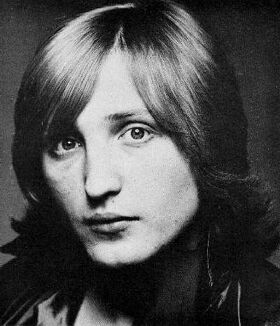 Terence Dale "Buffin" Griffin (24 October 1948 – 17 January 2016) was an English drummer and founding member of Mott The Hoople. Born in Ross-on-Wye, Herefordshire, Griffin attended Ross-on-Wye Grammar School. He played in local bands with future fellow Mott the Hoople member Overend Watts and it was during this time he gained the nickname "Buffin". Griffin's bands during this time included the Silence and the Charles Kingsley Creation. He appeared on two singles in 1966 by Yemm and the Yemen. Also in 1966, again with Watts and also with Mick Ralphs, Griffin played in the Doc Thomas Group. Successful in Italy, the group performed until the summer of 1968 when further changes of band personnel took place. Organist Verden Allen was added and the group changed its name to the Shakedown Sound and then to Silence. In 1969 they moved to London and with the addition of Ian Hunter, in June 1969 Mott The Hoople were formed.

Following the departure of Ian Hunter and Mick Ralphs, Griffin, along with Overend Watts and Morgan Fisher re-formed Mott with guitarist Ray Major and vocalist Nigel Benjamin. Following the departure of Benjamin in 1976 the remaining members regrouped as British Lions, with former Medicine Head member and songwriter John Fiddler, until their demise around 1978. During the 1980s, Griffin produced albums for Hanoi Rocks and the Cult, and the Department S hit, 'Is Vic There?', among others (such as New Model Army). Griffin also produced around 2,000 Peel sessions from 1980 to 1992.... (Read more)

Griffin was a founder and band member of Mott The Hoople and British Lions, both of whom had recorded sessions for Kat's Karavan. His production credits for Peel's show include many notable firsts (Pulp, Napalm Death and Nirvana chief among them. The Creation record site adds:

"He would have helped to shape the sound of many Creation bands when recording studio costs were expensive, these sessions would have also given huge exposure on the John Peel show which for many was the only way to hear new music in pre-internet days." [1]

As heard on the 16 August 1982 show, Griffin would leave notes on notable features of the sessions such as false endings (even if John chose to ignore them). He also used his experience to try and guide the session bands: he questioned the brevity of Napalm Death's numbers and was unsure if the Farm's drum kit was suitable for a session recording; he insisted that the Young Marble Giants' mono cassette recording of their drum machine be alchemised into stereo [1] [2] and Alex Paterson of the Orb claims that Griffin tried to throw them out of the studio when they arrived to set up early.

Dale was diagnosed with Alzheimer's Disease in 2009 and died in early 2016: one of many people who paid tribute to him was Liz Kershaw, whose session with Dawn Chorus & The Blue Tits was produced by him. In addition, Bob commented on Twitter, "Dale Griffin produced one of our #johnpeelsessions [2]. So very sad to hear today's news, glad we had a chance to work with him." [3]