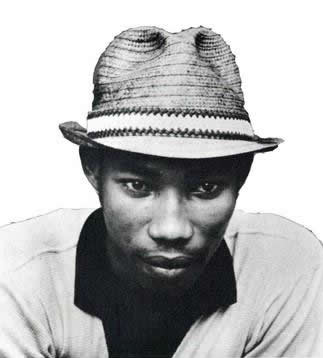 Derrick Morgan (born 27 March 1940) is a Jamaican musical artist popular in the 1960s and 1970s. He worked with Desmond Dekker, Bob Marley and Jimmy Cliff in the rhythm and blues and ska genres, and he also performed rocksteady and skinhead reggae.

In 1960 Morgan became the only artist ever to fill the places from one to seven on the Jamaican pop chart simultaneously. Among those hits were "Don't Call Me Daddy", "In My Heart", "Be Still", and "Meekly Wait and Murmur Not". But it was the following year that Morgan released the biggest hit of his career, the Leslie Kong production of "Don't You Know", later retitled "Housewives' Choice" by a local DJ. The song featured a bouncing ska riddim, along with a duet by Morgan and Millicent "Patsy" Todd.

In the mid-1960s, when ska evolved into rocksteady, Morgan continued to release top quality material, including the seminal rude boy songs, "Tougher Than Tough", "Do the Beng Beng", "Conquering Ruler", and a cover of Ben E. King's soul hit, "Seven Letters". Produced by Bunny Lee, "Seven Letters" is often cited as the first true reggae single. In 1969 Morgan recorded the skinhead anthem "Moon Hop" (on Crab Records). However, failing eyesight then forced him to give up regular stage appearances. Morgan still performs occasionally at ska revival shows across the world[2] – often backed by the guitarist Lynn Taitt. He remained popular in Jamaica and the UK into the early 1970s, and has lived primarily in the UK or the US since the late 1960s..... (Read more)

JP played Morgan's music with a fair degree of regularity throughout the 80s and onwards, although as yet there is no evidence as to whether or not he played his music previous to 1979. The bolero-tinged Fat Man is cited by John as one of his anthems, a wry and frequently-repeated reference to his weight.

The 1969 single Moon Hop (released to celebrate the Apollo 11 landings) featured the Rudies as backing: they would record a session for Peel the following year. In 2002, the track would feature on the Peel compilation CD FabricLive.07.

Retrieved from "https://peel.fandom.com/wiki/Derrick_Morgan?oldid=251593"
Community content is available under CC-BY-SA unless otherwise noted.