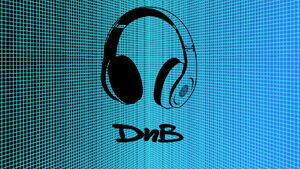 This page is about the music genre. For the UK d&b duo, see Drum And Bass (2)

Drum And Bass (also abbreviated to Drum 'N' Bass or D&B) is a style of electronic dance music played at speeds of 150-180 bpm. As the name suggests, the outstanding features are: the use of looped drum solos Or breakbeats, usually bearing the names of the tracks from which they are sampled, such as Amen Break and Funky Drummer, and the samples are used to create new rhythms; and a heavy bassline normally created using sampled sources or synthesizers. It evolved from hardcore and thence into jungle in the early 1990s and the two are often confused: artists frequently work in both genres. Likewise, attempting to pinpoint the earliest drum and bass track is akin to trying to identify the first rock 'n' roll record. However, Meat Beat Manifesto's 1989 track 'Radio Babylon' (which featured in their one and only Peel session) has a reasonable claim to being one of the earliest with an identifiable d&b sound.

JP's odyssey through the various genres of dance, from funk to hip hop and house had always originated in the States, but drum and bass was a UK phenomenon on which he avidly seized. the 07 April 1995 show is typical in that he is excited by a large quantity of material that has just arrived and programmes much of it into his show, although he also lamented that much of it would remain unheard on his show:

"I tell you what, for every one of these jungle or drum and bass tracks that I play you, there's about five or six more that I'd like to be able to. A lot of astonishing stuff around." (19 May 1995)

The genre's popularity peaked around 1995, when Goldie broke into the album charts with Timeless and cracked the UK top 40 chart with a remix of 'Inner City Life.' It is significant that the Ministry Of Sound's Anthems compilation began with this track, although Wikipedia dates the first flood of material at around 1992. However, it was a genre that prompted little consistent interest from major record companies, with most aggregations releasing a few 12 inches and then moving on. As Ben Gilman notes:

The style seemed to be heading for emergence into general popularity a few years back, with every pop act wanting a fashionable jungle remix on their B-sides and every "trendy" advertising agency putting 160+BPM breakbeats (in) their TV commercials. However, fortunately a genre so embedded in the underground was destined to remain that way, and it probably saved it. To be widely accepted would have killed the cutting-edge nature of the drum and bass scene and destined it to a commercial onslaught that would have ultimately destroyed the most forward-thinking of music. [1]

John's relentless championing of d&b did not win over everybody, and on 28 January 1995 (BFBS) he responded to a man who announced he was intending to cease listening due to the amount of dance music on his show...by playing a track by a group called Drum And Bass. Nevertheless, the Sonic Subjunkies' album 'Molotov Lounge' took the breakbeats to a manic level and 'Who Do You Think You Are,' with its ominous movie sample, exposed Peel's audience to a sub-genre known as darkside. It made number 16 in the 1999 Festive Fifty. Neil Tennant of the Pet Shop Boys averred [1] that it was John's playing of these genres in the 'lost years' of the mid-90's for which he would be remembered. It was therefore a matter of some conflict between the DJ and the BBC when in 1996, as Sheila relates, he lost an hour of his programme to accommodate a new d&b show (One In The Jungle): he pointed out to Matthew Bannister that he had been playing this before anybody else. [2] He had become the victim of his own success.

Attempts to shift D&B into the mainstream fell foul of JP's radar. When the Fall attempted to experiment with the genre on the 1998 LP Levitate, JP was less than enthusiastic, and this was arguably the reason for a temporary rift between him and Mark E. Smith: he presumably felt that it was a genre better suited to other groups.

John continued to play the music into the 21st century and in the final year of his life became consumed with yet another discovery: grime.

The track 'Arkine's Lost' by Canopy & Matrix represented the sole acknowledgement by Peel in the retrospective to D&B's influence. It was an even more underground track than usual: pressed in a limited edition of 500 and as John himself admitted, nearly disappeared entirely into the mountain of unheard material at Peel Acres. It has come to be known as an early example of ambient drum and bass, possessing a bleak outlook that looked forward to darkside.

Retrieved from "https://peel.fandom.com/wiki/Drum_And_Bass?oldid=108931"
Community content is available under CC-BY-SA unless otherwise noted.