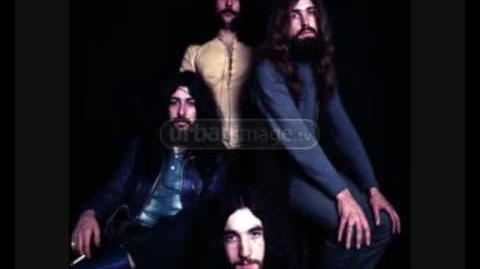 The Edgar Broughton Band, founded in 1968 in Warwick, England, was an English psychedelic rock group. In 1968, the Edgar Broughton Band moved to Notting Hill Gate, London, seeking a recording contract and a wider audience, and were picked up by Blackhill Enterprises, who landed them their first record deal, on EMI's progressive rock label Harvest Records, in December 1968. Their first single was "Evil"/"Death of an Electric Citizen", released in June 1969, which was also the first single released by Harvest. This was followed by the Edgar Broughton Band's first album, Wasa Wasa, which retained a heavily blues influenced sound that was hard-driven and propelled by Edgar Broughton's gritty vocal style, similar to those of Captain Beefheart and Howlin' Wolf. The Broughtons entered into an attempt to capture their live sound on record by organising a performance at Abbey Road on 9 December 1969. Only one track was released at the time: a rendition of "Out, Demons Out!", an adaptation of The Fugs' song "Exorcising The Demons Out Of The Pentagon", which had become the band's set-closer and anthem. (Read more at Wikipedia).

There are few bands I'd rather see than the Edgar Broughton Band who brought the night's music to an end. Their stage performance moves closer to theatre every time they play and their simplistic political statements draw the audience in very close to them....'

Many of the bands we've been listening to for the past year or so have forgotten all the things they said about money when they didn't have any. Perhaps they could do something for the thousands who've trekked round the country this year to hear them them......They'll probably kill me for mentioning it but the Broughton Band really do this when they can, and they're broke but honest as a result. That's another reason for loving them. (John Peel writing in Disc and Music Echo after seeing the Broughton Band at the 1969 Buxton Festival)

By the end of the 1960s, much of the so-called "underground music" played on the radio by Peel and others was commercially successful, and often had litle connection with the struggling hippy communities in London and other major cites. Underground newspapers ran articles bemoaning the lack of British bands who gave something back to the "scene" they emerged from - in contrast to the San Francisco groups, who, it was believed, were not distant "pop stars" but part of the hippy counter-culture. Peel was aware of this and was increasingly critical of "underground" or "progressive" bands whose main aim seemed to him to be cashing in on what had become a major trend in the pop music industry. He welcomed the Edgar Broughton Band as they, together with a handful of similar bands like Hawkwind and the Pink Fairies, were happy to be identified as "community bands" and were not seeking to become wealthy pop stars or dazzle their audiences with displays of virtuoso musicianship.

Indeed, the Broughton Band had the kind of rough and ready style Peel liked - less anarchic than Stackwaddy, but influenced by favourites of his such as Captain Beefheart and Howlin' Wolf. Peel also liked the fact that they were unashamedly provincial, stressing their roots in Warwick rather than trying to ingratiate themselves with the London music business élite, and staging free concerts in provincial towns without asking local councils for permission, which brought them some notoriety. He even went on the road with them, as he later recalled:

I remember going to gigs with the Edgar Broughton Band. They were these revolutionaries, kill-the-pig guys, and the two Broughton brothers had their Mum and Dad roadying for them, so on the way to gigs we'd have to stop in lay-bys so their mum could cook some soup.....(Quoted in Paul Stump, The Music's All That Matters, 1997, p.71)

Steady gigging throughout the first half of the 1970s brought them a loyal following and regular Peel sessions, if no big commercial success. They split up in 1976, re-formed as The Broughtons in 1979 but split again in 1982, although Peel retained a soft spot for them and they were featured from time to time in his later playlists.

Eight sessions. ‘For What You Are About To Receive’ and ‘Why Can't Somebody Love Me?’ from session #1 released on Demons At The Beeb CD, 2000 (Hux Records, Hux020).