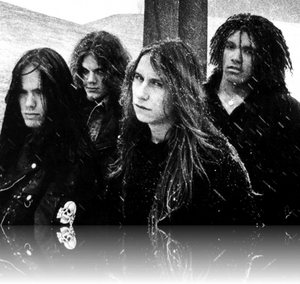 Entombed is a Swedish death metal band which formed in 1987 under the name of Nihilist. Entombed began their career as an early pioneer of Scandinavian death metal which initially differed from its American counterpart by its distinct guitar tone. However, by the early 1990's their sound had broadened to include garage rock and other influences. This new style would eventually be described as death 'n' roll. Entombed have been influenced by bands such as Autopsy, Slayer, Kiss, The Misfits, Motorhead and Discharge.

Entombed as with many other extreme metal acts were signed to Earache record label, who were one of the many independent record companies that gave records to John Peel and were promoters of the extreme metal scene. Peel was a fan of extreme metal and would always often play a record, which was associated with the Earache label, including bands such as Entombed. Many acts from the Earache label have had sessions with Peel, amongst them Carcass, Napalm Death and Fudge Tunnel.

The information comes from the database of this site and is incomplete. Please add further information if known.

Retrieved from "https://peel.fandom.com/wiki/Entombed?oldid=239170"
Community content is available under CC-BY-SA unless otherwise noted.