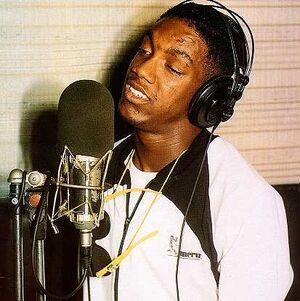 Paul Blake (19 October 1965 - 18 May 2017), better known as Frankie Paul, was one of Jamaica's best-loved and popular dancehall reggae artists. Born blind, he has been dubbed by some 'The Jamaican Stevie Wonder'. (Read more at Wikipedia.)

Retrieved from "https://peel.fandom.com/wiki/Frankie_Paul?oldid=241298"
Community content is available under CC-BY-SA unless otherwise noted.