"The true genius of Room 318, the philosopher, the creative force, the cultural prism, the inspiration, the social historian and agitator, and the genuine soul rebel behind (Peel's) achievement, was John Walters.....Without Walters, the national treasure that Peel became would not have existed." (Andy Kershaw, No Off Switch, Virgin Books 2012, p. 257) 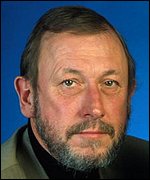 Walters studied fine art at Durham University and worked as a schoolteacher and journalist in Newcastle before embarking on a career as a professional musician. Originally a trumpet player with local trad jazz bands (some tracks by Bill Croft's Blue Star Jazzmen, with Walters on trumpet, appeared in 2014 on a Lake Records anthology, "British Traditional Jazz At A Tangent Vol. 4 - Territory Bands"), he went on to join the Alan Price Set in 1965. In an article in Record Mirror printed just after their second gig, Walters is described as "25 and likes cats, fish and chips, black, Newcastle United, Charlie Mingus and Marianne Faithfull"[1].

He toured with Price's band and played on most of their hits, appearing with them at the last British concert by the Beatles, at the Empire Pool, Wembley, when the Alan Price Set were one of the supporting acts. Price had respect for Walters' musicianship, telling Beat Instrumental magazine in a January 1967 interview that he was crucial to the band's sound ("John is a heavy player.....")[2] In June 1966, Walters won an LP from Melody Maker for writing a letter, published on the paper's "Mailbag" page, in defence of Ornette Coleman and critical of what he called the "bathchair modernists" of the British jazz scene.[3]

He became interested in radio production work as a result of recording BBC radio sessions with Price's band. As he told John Tobler in Zigzag 24 (1972):

....I wrote to them. They'd heard of the Alan Price Set and invited me for an interview. I told them that I didn't want to spend the rest of my life rushing up and down the M1 and, much to my surprise, the BBC almost snapped my hand off. They were so very amazed that anyone should actually want to leave the million-pounds-a-week Beatle style life (they had no clear idea of what a real group's life was like), and they thought I must be crazy....

Walters joined Radio One in 1967; his appointment was headline news in Disc & Music Echo[4], because he was the only producer on the new station recruited from outside the BBC, and he was interviewed in the following issue of the paper, saying that his ambition was not just to produce "sequences of music" but to "use ideas of my own"[5]. He gained his first experience on the weekly magazine programme Scene and Heard and then worked with Jimmy Savile and David Symonds, before becoming Peel's producer in 1969. He also produced Radio Flashes, when Peel was on holiday, which featured stand in hosts Vivian Stanshall and Keith Moon.

Walters was a radio enthusiast, like Peel, and later became a broadcaster in his own right. appearing on the likes of Start The Week, The News Quiz, Loose Ends and Woman's Hour. From 1981, he had his own Radio 1 series, Walters' Weekly, which covered "different aspects of the arts. leisure and entertainment...from Rauschenberg to rockabilly, from jogging to juggling. food, fashion and football", as the Radio Times put.it. Other appearances included BBC TV's Northern Lights and in 1990 he hosted another Radio 4 series, Largely Walters, which examined a variety of topics ranging from cannibalism to trainspotting. A Radio 4 series, Idle Thoughts (1992-94) ended when he retired from the BBC. Walters Beside The Seaside (1994), also on Radio 4, took a dryly laconic look at the traditional British holiday, while the 1997 series Stuck in...featured visits by Walters to "English towns whose names alone mean they will never be the destination for those in search of culture or romance" (e.g. Slough, Wigan, Hull). Also in 1997, he narrated Retying the Knot, a BBC Scotland TV documentary on The Incredible String Band, who had done sessions for Peel shows he had produced.

Peel said of him before he died, "Walters is sustained in his retirement by his determination to deliver the eulogy at my funeral. This will be unbelievably long and more about Walters than me".

Walters became Peel's producer at Top Gear in April 1969, replacing Bernie Andrews. The pair's working partnership continued, other than a break in 1981-3, until Walters' retirement in 1991. But initially there was a coolness between them. In May 1969, International Times[6]reported that while Peel was recording an edition of Top Gear, "the producer" told JP that he wan't allowed to talk about the recent police raid on the paper on the air. As Walters explained to John Tobler in 1972 (Zigzag 24, no page numbers):

When I first got onto Top Gear, Peel disliked me intensely, because to him I represented a form of cynicism and commercialism from the Savile era.....

When Peely and I got together, we were both, for different reasons, aghast. I'd seen the more superficial side of the 'underground' thing and thought it was going to be all that "running through the cornfields of my mind" sort of piss, because there was so much of that "margarine policeman" stuff after 'Sgt. Pepper'...and when you've done a four year art school course, you're not easily fooled by third form poetry or fourth form philosophy, or fifth form paperback oriental religion. Naturally, I reacted strongly against this, whereas Peely was a bit more committed; not that he was into the third form stuff, but he encouraged it in the hope that something would happen, so we were at different ends. But eventually we broke it down, had a couple of lunches together, and found that we had a lot more common than we thought, because we tended to laugh at the same things.....

He goes on to describe how "the turning point" was when they went to see a festival of W.C. Fields films together; after that they became firm friends. He continues:

Although I've got one or two awards at home for a top radio show, they're off Peel's back in a sense, because there's no question of the show existing or being successful because of me. It's successful because of him, and if there was someone else producing it, as long as they were the sort of person who wouldn't get in the way, he could do it himself. It obviously helps to have someone who takes an interest, who is able to do the sessions sympathetically, and to programme sympathetically, provide a foil.....He has control, which he appreciates, but we get on very well.

For his part, Peel's friendship with Walters represented (along with the developing relationship with his future wife Sheila) a "turning point" and the beginning of a happier phase of his life. He credited the influence of Walters and Sheila with saving him from "a post-hippy spiral that might have proved fatal" [ref.] and started to sound happier on-air. Peel was pleased that Walters encouraged him to play favourite artists who were too eccentric or experimental for the pop/rock mainstream, like Captain Beefheart, while sharing his scepticism about the music business and dislike of some commercially successful progressive rock artists, like Yes, Deep Purple and Emerson, Lake and Palmer. Walters also approved of Peel's interest in punk - although, as Peel pointed out, he liked the idea of it rather than the music itself, preferring to listen to jazz when he was off duty.

Walters was far from a typical "BBC man", but he was more than capable of holding his own in the departmental meetings which were part of life at the Corporation. Because of this, Peel, who often had detractors at Radio One, found his producer an invaluable ally:

"His great strength was that surrounded, as he was at the time at Radio One, by almost limitless bullshit, he was a man who could actually cut right through it to the nub of the matter, and this made management at least absolutely terrified of him. He was a great man to have on your side." [7]

Their friendship never excluded occasional arguments and disagreements, with Peel appreciating Walters' directness and honesty. Although Peel was disappointed when Walters was critical of his Radio 4 programme, Home Truths, their friendship survived this. He paid an on-air tribute after Walters died in 2001, and in one of his final conversations before his own death in 2004 regretted that he no longer had a close friend like Walters, with whom he could share his thoughts. Whether or not John Walters was, as the Andy Kershaw quote at the top of this article implies, the more important figure in the Peel-Walters partnership, there is no doubt that Peel's career might have taken a very different path if he had not been obliged to work with the producer who later became his closest friend.

Sits in for Peel

(List compiled from the Holidays page of this site. Please add further information if known.)

Retrieved from "https://peel.fandom.com/wiki/John_Walters?oldid=237130"
Community content is available under CC-BY-SA unless otherwise noted.