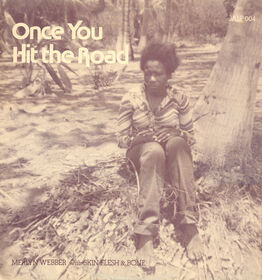 Marlene Webber is a Jamaican reggae singer. She released a fair number of singles in the early to mid 1970s and continued to release material until at least 1990. "This lady liked to change the spelling of her name: sometimes she was Merlyn, or Merlene. The track itself was a Trojan records standard which Phyllis Dillon had already recorded, but this rendition is more a dark Caribbean night than rum on the beach. She also appeared on the Trojan label singing a song that appears to be somewhat autobiographical, Hard Life, and a stonking cover of Tammy Wynette’s Stand By Your Man." ([1]). Mark Whitby adds that Right Track "appeared as the B-side of David Isaac's 'Place In The Sun' single. Absolute class from an unfairly obscure singer...before that Marlene Webber performed in the Webber Sisters with her sibling Joyce." [1]No other biographical details can be found online.

It would seem that Right Track was the only recording by Webber that Peel ever played, but it appeared with reasonable frequency in his playlists to the last decade of his life and made the top 10 of his only self-compiled Festive Fifty. On that occasion he commented: "It's a reggae record that wasn't in anybody else's charts either, but I thought it was quite magnificent and I can't get enough of it." (27 December 1977) He later added:

"Here's another old record, one of those that deserves a play at least once a year and gets a play once a year on these programmes. I've always said that it's by Marlene Webber, but it occurred to me because the printing on it is poor to say the very least...it could be Merlene Webber. Either way, it's a mighty record." (02 January 2001)

In 2004, Peel named Webber’s recording of ’Whiter Shade Of Pale’ as one of his favourite cover versions.[2] Currently available tracklistings, however, do not show him ever playing her reggae rendition of the Procol Harum song.

Retrieved from "https://peel.fandom.com/wiki/Marlene_Webber?oldid=225694"
Community content is available under CC-BY-SA unless otherwise noted.