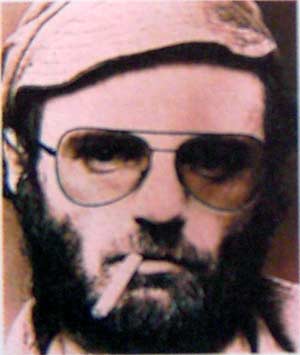 Michael Robert Chapman (born 24 January 1941, Hunslet, Leeds, Yorkshire, England), is a singer-songwriter and guitarist. Chapman originally began singing and playing jazz in the folk clubs of the 1960s, and eventually recorded over 30 albums. He first appeared on the London and Cornwall folk music circuits in 1967, alongside John Martyn and Roy Harper. His first album was 'Rainmaker' in 1969. The producer was Gus Dudgeon, who also produced records by Elton John, David Bowie, Steeleye Span and many others.

'Rainmaker' was released on the Harvest label and Chapman played the folk and progressive circuits during the festivals of the early 1970s, with Mick Ronson, Rick Kemp and Keef Hartley. He recorded a further three albums for Harvest. 'Fully Qualified Survivor', again produced by Gus Dudgeon with lush strings arranged by Paul Buckmaster, received much critical acclaim from the likes of BBC Radio One DJ John Peel and contained his best-known track, "Postcards of Scarborough". (Read more at Wikipedia.)

Chapman's first LP was one of the initial batch of albums to be issued on EMI's "progressive" label, Harvest, in 1969, but Chapman had already made his Peel session debut on the Night Ride of 12 June 1968. He recorded 12 sessions for Peel, between 1968 and 1978, which indicates that the DJ appreciated his brooding, intense music. Peel showed a particular liking for the track "Postcards of Scarborough", which he played many times; it appeared in the 1970 Peelenium.

Some of Michael Chapman's session accompanists also appeared in other bands who were featured on Peel's shows - the bass player Rick Kemp later joined Steeleye Span, another bassist, Bruce Barthol, had played on the early Country Joe and the Fish LPs, and former John Mayall drummer and bandleader Keef Hartley, steel guitarist BJ Cole (Matthews Southern Comfort) and bassist/mandolinist Rod Clements (Lindisfarne) all supported Chapman's strong vocals and guitar playing at various times - evidence of the respect he enjoyed among his fellow musicians. Although there were no more Peel sessions after 1979, Michael Chapman is still renowned as a performer and guitar teacher. In recent years he has toured with fellow Peel favourite Bridget St. John and performed with Thurston Moore of Sonic Youth.

Twelve sessions (please note that a 13th session listed by Ken Garner on 25 June 1979 was actually by Roger Chapman). A selection of tracks was released on BBC Sessions 69-75 CD, 1998 (Strange Fruit SFRSCD060).

Retrieved from "https://peel.fandom.com/wiki/Michael_Chapman?oldid=252105"
Community content is available under CC-BY-SA unless otherwise noted.