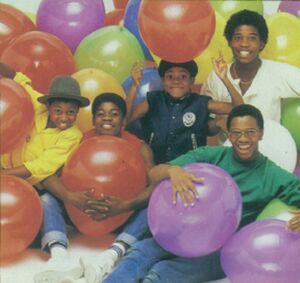 Musical Youth is a British reggae band and are best remembered for their successful 1982 single "Pass the Dutchie", which was a hit around the world. The band recorded two studio albums, and released a number of successful singles throughout 1982 and 1983, including a collaboration with Donna Summer. Musical Youth earned a Grammy Award nomination before disbanding in 1985 after a series of personal problems. The band returned in 2001 as a duo (Michael Grant and Dennis Seaton) and performed at the Bestival festival in 2013. The group was formed in 1979 when the fathers of Kelvin Grant and Patrick and Junior Waite put together a band featuring two sets of brothers, Kelvin and Michael Grant, and Junior and Patrick Waite.

Peel discovered Musical Youth in early 1981, when the band Au Pairs gave him a copy of Musical Youth's first single called Generals / Political''. Peel immediately liked the track and played their first single on 16 February 1981. While the band didn't gain much chart success with the single, their first Peel session gained music interest from major record labels, especially from MCA, who signed them up in 1982. Even when the band were signed to MCA, Peel still continued playing their material, including some songs from their 1982 debut album, The Youth Of Today. When the group gained success in the charts with the UK number one hit single, Pass The Dutchie, Peel on Top of the Pops called it his favourite number one of the year on 25 December 1982 (TOTP). However, when the band released their second album Different Style in 1983, Peel was somewhat disappointed and rarely played any of their material after that.

Retrieved from "https://peel.fandom.com/wiki/Musical_Youth?oldid=229486"
Community content is available under CC-BY-SA unless otherwise noted.