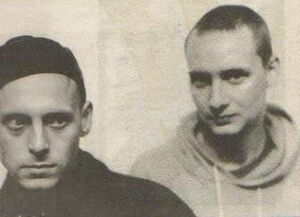 Orbital are an English electronic dance music duo from Sevenoaks, Kent consisting of brothers Phil and Paul Hartnoll. Their career initially ran from 1989 until 2004, but in 2009 they announced that they would be reforming and headlined The Big Chill, in addition to a number of other live shows in 2009. The band's name was taken from Greater London's orbital motorway, the M25, which was central to the early rave scene and party network in the South East during the early days of acid house. In addition, the cover art on three of their albums features stylised atomic orbitals. Orbital were both critically and commercially successful, and known particularly for their element of live improvisation during shows. They were initially influenced by early electro and punk rock.

Peel seemed to discover Orbital in the early 90's, when their debut single Chime hit the UK Top 40 singles chart in 1990. The group were regularly played on Peel's shows and in 1999, he compared them to Lonnie Donegan, the singer Peel praised when interviewing the artist at the Glastonbury Festival. Strangely, Peel believed he detected Lonnie Donegan's music in Orbital's ambient music.[1] The band performed their last ever gig for Peel's show on 28 July 2004, before they decided to reform in 2009.

Retrieved from "https://peel.fandom.com/wiki/Orbital?oldid=236043"
Community content is available under CC-BY-SA unless otherwise noted.