Pixies are an American alternative rock band formed in Boston, Massachusetts in 1986. The group currently consists of Black Francis (vocals, rhythm guitar), Joey Santiago (lead guitar) and David Lovering (drums), alongside recent addition Kim Shattuck (bass, vocals), who replaced founding member Kim Deal in 2013. The Pixies achieved relatively modest commercial success in their home country, but were significantly more successful in the United Kingdom and mainland Europe. The group disbanded in 1993 under acrimonious circumstances, but reunited in 2004. The band's style of music contains a range of elements, including indie rock, psychedelia, noise rock, and surf rock. Black Francis is the Pixies' primary songwriter and singer. He has written about a number of offbeat subjects in the band's songs, such as extraterrestrials, surrealism, incest, and biblical violence.

Peel was a big fan of the band and invited them for five sessions on his show. He also played tracks from some of the band members' other projects, such as Black Francis solo material and Kim Deal's group, the Breeders. Peel also interviewed Black Francis on his show, which was broadcast on 14 September 1991 and played the whole of the Pixies' album, Trompe Le Monde, on the programme. He mentioned additionally in the interview that his sons William Ravenscroft and Tom Ravenscroft were also fans. Peel nominated the Pixies track Wave of Mutilation as his Peelenium 1989. 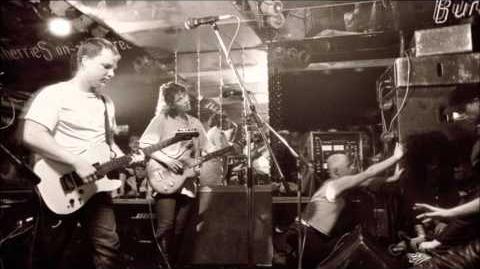