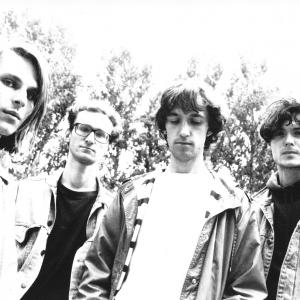 Röövel Ööbik, which translates as Robber Nightingale in the Estonian language, is an Estonian alternative rock band formed in 1987 during Soviet rule. The band were influenced by The Fall and consisted during their history of members Uno Laur (vocals), Allan Hmelnitski (guitar, bass), Kuldar Poska (bass, 1987), Raul Saaremets (drums, percussion), Tõnu Pedaru (vocals, 1987-present), Teet Pedaru (bass, 1987-88), Tarvo Hanno Varres (bass, 1988-96) and Sten Šeripov (guitar, 2004-present). In their early years the group toured not only in Estonia but also played gigs in Finland, Poland, Hungary and even in America, where they performed at a festival in New York with Sonic Youth and others in 1990. The band morphed into the group Una Bomba in the mid-90s but in the mid-00s they resumed activities under their original name.

Peel discovered the band when they sent a demo tape to him after hearing his show on Finland's Rockradio station in 1988. On his BBC Radio One show of 01 August 1990, Peel explained in greater detail how he came to know of them:

"I got a letter from a band in Estonia and now this came about as a consequence of my doing a programme once a fortnight that is heard in Finland, it sort of bleeds over across the Baltic into Estonia and one or two people listen there. This band wrote to say that they enjoyed the programme a great deal, been much influenced by the work of the Fall and had got a band together themselves and they sent me a demo tape, which was fairly appalling quality, unbroadcastable no question about that. I kept in touch with them as best I could."

On his show from 17 April 1993, Peel mentioned visiting the band in Tallinn, the capital of Estonia, during a 1992 BBC World Service documentary on the music scene of Russia and the Baltic states. He recalled meeting his penpals:

"They turned out to be really just wonderful people, the kind of people that you feel you've known most of your life and also clever enough to be able to be ironic in a language which is not their own."

Peel also described how the band managed to do their only session with great difficulty, including a sponsor dropping out funding their trip to Maida Vale from Tallinn so they had to travel from Estonia to the UK by coach, a journey necessitating an overnight stopover in a bus station in Poland. He also talked about the band's experience once in London:

"They were here for a week and they stayed with my brother Alan and stayed here for a week, recorded the session but then couldn't get a bus back again, so stayed in London for another couple of weeks. I think quite enjoyed the experience but got very homesick. I suspect one of them may well have lost his job, as a consequence of being away for that length of time."

Peel recalled their stay at Peel Acres during his programme on 19 March 2003, following a visit from an Estonian film crew for Eesti Lood, as he explains:

"They stayed in our house for a while after they'd done the session and whenever they wanted to have a cigarette - because we don't smoke - they went and sat on the patch of grass on the other side of the road. They spent so much time out there that I went out one afternoon, being a romantic kind of chap, and I said, 'henceforth this part of the grass verge will be known as Estonia. You can come back and reclaim it as Estonian territory at any time you like.' They actually made a sign up that said 'Welcome to Estonia'. Apparently this has passed into folk song and legend back home in Estonia and a film crew, two lads, came over from Estonia last weekend just to film this piece of grass that was known as Estonia. [They] Came over from Tallin, caught the plane to Heathrow or somewhere, came up to our house, took a film of the piece of land that's called Estonia and went back. I thought that was fairly extraordinary."