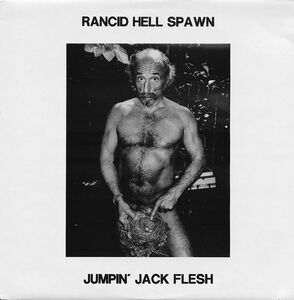 Rancid Hell Spawn are a punk band, originally active between 1988 and 1995, making a return in 2011. Based in London, the band released five albums and six extended plays. Rancid Hell Spawn also provided two songs for the soundtrack of Dennis Worden's Stickboy music video in 1993. Their music is characterized by a distinctive noisy and distorted sound, featuring a Casio organ and large amounts of feedback. The majority of Rancid Hell Spawn songs are short, high-speed punk burnouts with melodies hidden beneath the feedback. Steven Wells of New Musical Express described it as "listening to Eddie Cochran while wearing a chemical warfare suit full of angry wasps."

The band was fronted by Charlie Chainsaw, former editor of Chainsaw which started in 1977 and continued until 1984. Charlie Chainsaw remains active in the London punk scene, running the Wrench Records record label and mail order company. Rancid Hell Spawn reformed in 2011, releasing an EP Abolition of the Orgasm in December 2011 and Eat My Cigarette in 2016.

John rather suspected that the band only got together, thought up a weird name and gave their debut release a controversial title just to see if he would play their records. It subsequently emerged that this was not just a one-off, and also provided a useful link with a story about Simon Bates on one occasion.

JP no doubt admired not only the band's original sound as described above, but their underground nature: no pictures of the band or videos of them performing can be found. Scalpel Party was an interim compilation released in 2001: Peel naturally investigated the contents.

Retrieved from "https://peel.fandom.com/wiki/Rancid_Hell_Spawn?oldid=208702"
Community content is available under CC-BY-SA unless otherwise noted.