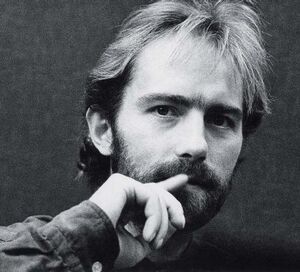 Roy Harper (born 12 June 1941) is an English folk/rock singer, songwriter and guitarist who has been a professional musician since 1964. He has released 22 studio albums and 10 live albums.

Musically, American blues musician Lead Belly and folk singer Woody Guthrie were his earliest influences, and, in his teens, jazz musician Miles Davis. Harper was also exposed to classical music in his childhood and has pointed to the influence of Jean Sibelius's Karelia Suite. Lyrical influences include the 19th century Romantics, especially Shelley, and Keats's poem "Endymion". Harper has also cited the Beat poets as being highly influential, particularly Jack Kerouac. As a musician, Harper is known for his distinctive fingerstyle playing and lengthy, lyrical, complex compositions, a result of his love of jazz and Keats.

His influence has been acknowledged by many musicians including Jimmy Page and Robert Plant of Led Zeppelin, who named the song "Hats Off to (Roy) Harper" after him, Pete Townshend of the Who, Kate Bush, Pink Floyd, who agreed for him to sing guest lead vocals on their song "Have a Cigar", and Ian Anderson of Jethro Tull....(read more at Wikipedia)

Roy Harper was regularly heard on John Peel's programmes for more than a decade, beginning in 1967, when Peel obtained a copy of the singer's first LP, "Sophisticated Beggar" and featured it on the Perfumed Garden. As the album was a rarity at the time due to the fact that the Strike label, on which it was released, had gone bankrupt, it is likely that Peel was playing a copy supplied by a listener (he also played tracks from rare 1966 albums by Jackson C. Frank and Shawn Phillips on the programme, possibly sent in by the same fan). As well as playing Harper's first single for the CBS label on Top Gear, he recommended it, and Harper, to his readers in the 27 October 1967 issue of International Times:

Something in the area of 150 hapless minstrels have been strangled as a result of being called "The British Bob Dylan" - however Roy Harper will survive this handicap. His first CBS record, "Midspring Dithering", is very good....[1]

The DJ also featured tracks from the 1968 CBS album Come Out Fighting Ghengis Smith" and the 1969 Liberty LP Folkjokeopus in his playlists. Harper's first Top Gear session went out in October 1967 and another followed in March 1968.

By 1970 Harper was firmly established as an underground favourite, playing rock clubs, festivals and free concerts, and enjoying the appreciation of influential peers. He signed to EMI's Harvest label, and during the 1970s recorded a series of LPs which Peel played, as well as regularly featuring the singer in session and in concert. Harper was known for being a temperamental performer who would on occasions harangue the audience and on one 1971 In Concert show began to criticise the government and the BBC rather than continuing with his set. Peel responded by reminding Harper that without "the machine", neither of them would be on the air.[1]

When An Old Cricketer Leaves The Crease, from Harper's 1975 LP "HQ" was highly praised by Peel, who also regularly claimed that the song had been earmarked by producer John Walters to be played at the DJ's funeral. In the event, however, it was Peel who played it on his show of 31 July 2001 in memory of Walters, before it was indeed used as part of Peel's own funeral service, on 12 November 2004. In 2004, it was also played on air as a tribute to Peel by a number of other DJs, including Rob Da Bank, Bob Harris and Andy Kershaw.

Harper was more successful than many of his contemporaries in continuing his career into the 1980s and 1990s, and has influenced many 21st century folk-inspired performers, but apart from "...Old Cricketer..." his work scarcely appeared in Peel's playlists after 1980.

Retrieved from "https://peel.fandom.com/wiki/Roy_Harper?oldid=276701"
Community content is available under CC-BY-SA unless otherwise noted.