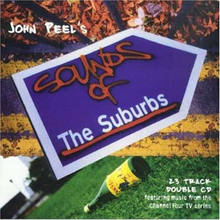 Oxford's Samurai Seven formed in 1997 and made a splash at that year's Sound City festival. An appearance on Steve Lamacq's show live from the event led to a coveted John Peel session and a deal with local label Shifty Disco. Their 1998 power pop debut, 'Xeroxy Music', got some attention from the likes of the NME and Melody Maker, but a near-tragic incident when singer Simon Williams was hit in the eye by an airgun pellet meant that the band went on hiatus while he recovered. They eventually issued their belated debut album 'Le Sport' in 2002.

Samurai Seven provided the theme music of the Peel’s Sounds Of The Suburbs TV series in 1999, with a cover version of the classic Members song. The band also appeared, performing live at the Manor Club and interviewed at the old Oxford United ground, in the SOTS episode when the DJ visited their university city hometown.

Associated with the local Shifty Disco label, alongside Dustball and other session artists, Samurai Seven quickly emerged as Peel favorites with the release of debut single ‘Xeroxy Music’ (1998), which was later included on the JP tribute box set Kats Caravan.

Despite racking up five sessions for Peel between 1998 and 2002, including one devoted to cover versions, the band found it difficult to build on their early momentum, although the DJ did play tracks from their only album when it finally appeared. They split up in 2006.[1]

Retrieved from "https://peel.fandom.com/wiki/Samurai_Seven?oldid=260309"
Community content is available under CC-BY-SA unless otherwise noted.