Scotland is a country that is part of the United Kingdom and covers the northern third of the island of Great Britain. It shares a border with England to the south, and is otherwise surrounded by the Atlantic Ocean, with the North Sea to the east and the North Channel and Irish Sea to the south-west. In addition to the mainland, the country is made up of more than 790 islands, including the Northern Isles and the Hebrides. Scotland's legal system has remained separate from those of England and Wales and Northern Ireland, and Scotland constitutes a distinct jurisdiction in public and private law.

Peel had links to Scotland through his granny, Joan Murray, who was a Glaswegian and his support for Meadowbank Thistle football club. He would often visit Scotland to do his roadshow, especially Glasgow and Edinburgh, and he also hosted some of his BBC Radio One shows from there. Peel encouraged new artists from Scotland throughout his BBC career, ranging from the Humblebums, Stone The Crows and the JSD Band to Altered Images, the Jesus And Mary Chain and Ballboy. Scotland was also the home of notable independent labels whose releases were played by Peel, including Postcard, Fast Product, Creeping Bent and Chemikal Underground.

Many Scottish artists recorded sessions for Peel, including Lulu, who was chosen for a session in 1967 to satisfy BBC management, who thought that the early Top Gear progammes did not include enough mainstream artists. Scottish artists were among those who did the most sessions for Peel, notably Ivor Cutler (22) and the Incredible String Band (12). In 2009, BBC Scotland broadcast John Peel's Scottish Sessions, a documentary special about local artists who recorded sessions for the DJ. 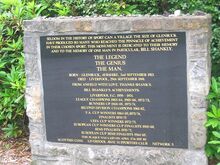 On Sounds Of The Suburbs, broadcast in 1999, Peel visited Lanarkshire in southern Scotland to interview artists including Sean Dickson of the Soup Dragons and High Fidelity. In the same programme, he tasted a deep fried Mars bar, a dish originated by a chip shop in Scotland, and declared it to be not too bad. At the end of the documentary, Peel also made a pilgrimage to the birthplace of a personal hero, Bill Shankly, a former miner and manager of Liverpool Football Club, in Glenbuck (the DJ's all-time favourite football player, LFC legend Kenny Dalglish, is also Scottish).

Plays by Peel of various artist (v/a) releases focused on music from Scotland.

Retrieved from "https://peel.fandom.com/wiki/Scotland?oldid=235401"
Community content is available under CC-BY-SA unless otherwise noted.