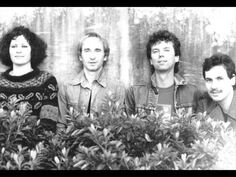 "The Sex Clark Five come from Huntsville, Alabama, and that kind of conjures up, probably quite unjustly, but something terribly redneck. I mean, I've never been to Huntsville, Alabama: it may be a terribly sophisticated place for all that I know. But you imagine it's going to be kind of iron boogie, he he he!, people that have got every record that Lynyrd Skynyrd ever made. But the Sex Clark Five are nothing like that." [1]

Primary singer/songwriter Butler built quirky, catchy melodic hooks around lyrics that often included offbeat European historical references, and wrapped them around rapidly strummed guitars and rave up surf guitar riffs. Politically charged tunes such as "Liberate Tibet" and "Sarajevo" were called prophetic by some critics. In spite of their political content, SC5's songs were often filled with the kind of wry, outlandish humor exemplified by the band's name (a play on The Dave Clark Five). SC5 would count both Goethe and the Marx Brothers as musical influences. They have described the formula for their music as "pretty much cruddiness buoyed by epic dumbness." [2] The band was also notorious for erratic live shows. Drummer Trick McKaha would sometimes wear a bag over his head.... Read more

The band came to Peel's attention when he was given a copy of their debut EP, "Neita Grew Up Last Night." After playing the disc on his show repeatedly, he asked the band to send more. The band toured sporadically and recorded four Peel sessions, which invariably went beyond the normal four tracks and usually featured many unreleased tracks (the last was a set composed entirely of Marc Bolan covers). The Five were also regular correspondents:

"As I’ve mentioned to you previously I often write sad little letters to American Bands. And most of them don’t write back, as a matter of fact. The Sex Clark Five do though and they get their records played in the programme. Could this be a coincidence or not?" [3]

Johnson left the group in 1993 and was replaced by singer Laura E. Lee. Trick left the group in 1995, although he played accompaniment on some of the later releases. Butler and Storey collaborated on Crimson Panzer (2000), which again appeared almost exclusively on Kat's Karavan.

Retrieved from "https://peel.fandom.com/wiki/Sex_Clark_Five?oldid=232201"
Community content is available under CC-BY-SA unless otherwise noted.