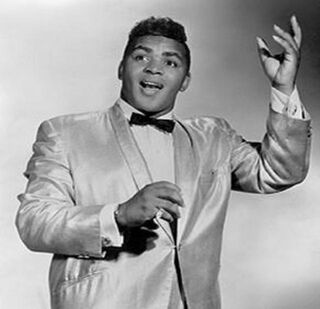 Solomon Burke (born James Solomon McDonald, March 21, 1936 or 1940 – October 10, 2010) was an American preacher and singer who shaped the sound of rhythm and blues as one of the founding fathers of soul music in the 1960s. He has been called "a key transitional figure bridging R&B and soul", and was known for his prodigious output.

He had a string of hits including "Cry to Me", "If You Need Me", "Got to Get You Off My Mind", "Down in the Valley" and "Everybody Needs Somebody to Love". Burke was referred to honorifically as "King Solomon", the "King of Rock 'n' Soul", "Bishop of Soul" and the "Muhammad Ali of soul". Due to his minimal chart success in comparison to other soul music greats such as James Brown, Wilson Pickett and Otis Redding, Burke has been described as the genre's "most unfairly overlooked singer" of its golden age. Atlantic Records executive Jerry Wexler once referred to Burke as "the greatest male soul singer of all time".

Burke's most famous recordings, which spanned five years in the early 1960s, bridged the gap between mainstream R&B and grittier R&B. Burke was "a singer whose smooth, powerful articulation and mingling of sacred and profane themes helped define soul music in the early 1960s." He drew from his roots—gospel, jazz, country, and blues—as well as developing his own style at a time when R&B and rock were both still in their infancy. Described as both "Rabelaisian" and also as a "spiritual enigma," "perhaps more than any other artist, the ample figure of Solomon Burke symbolized the ways that spirituality and commerce, ecstasy and entertainment, sex and salvation, individualism and brotherhood, could blend in the world of 1960s soul music."

During the 55 years that he performed professionally, Burke released 38 studio albums on at least 17 record labels and had 35 singles that charted in the US, including 26 singles that made the Billboard R&B charts. In 2001, Burke was inducted into the Rock and Roll Hall of Fame as a performer. His album Don't Give Up On Me won the Grammy Award for Best Contemporary Blues Album at the 45th Grammy Awards in 2003. By 2005 Burke was credited with selling 17 million albums. Rolling Stone ranked Burke as no. 89 on its 2008 list of "100 Greatest Singers of All Time".....(Read more)

John played Burke's music at various times over the years, usually to coincide with the release of a new compilation featuring his work. 'Goodbye Baby' was a 1963 recording that JP played subsequent to a listener's request, and thought it sounded so good he programmed it for his listeners. The documentary Jerry Wexler: Soul Man featured two Burke tunes, despite him leaving Atlantic in 1967 under somewhat sour conditions.

Burke's follow-up single to Goodbye Baby was the self-penned Everybody Needs Somebody To Love (1964), successfully covered by Wilson Pickett. Although Peel never played the song, it featured prominently in one of his favourite films, Blues Brothers.

Retrieved from "https://peel.fandom.com/wiki/Solomon_Burke?oldid=243391"
Community content is available under CC-BY-SA unless otherwise noted.