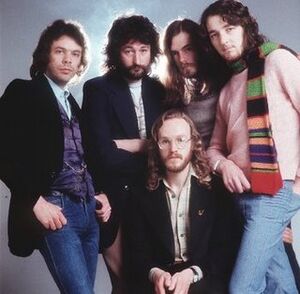 Supertramp are a British rock band formed in 1969 under the name Daddy before renaming themselves in early 1970. Though their music was initially categorised as progressive rock .. (Read more at Wikipedia)

The group performed 6 sessions for Peel's show and the group did not achieve commercial success until September 1974, when they released their Crime Of The Century album three months after their last session for Peel.

Retrieved from "https://peel.fandom.com/wiki/Supertramp?oldid=250415"
Community content is available under CC-BY-SA unless otherwise noted.