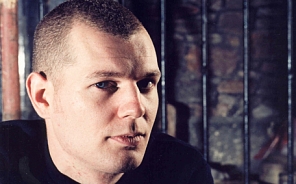 "I think you'll hear more from these blighters: certainly on this programme you will." [1]

Matt Elliott is an English guitarist and singer-songwriter, originally from Bristol, England and now based in France, who plays dark folk music. He also produced and recorded electronic music under the name The Third Eye Foundation. Elliott started recording with the band Linda's Strange Vacation, which included Kate Wright (Movietone) and Rachel Brook (Movietone/Flying Saucer Attack), around the time Wright and Brook formed Movietone, and Brook and Dave Pearce formed Flying Saucer Attack. Elliott was a part-time member of both bands.

He recorded Semtex, his first album under the name The Third Eye Foundation, and released it on his own record label, Linda's Strange Vacation, with the help of the fledgling Domino Recording Company. The next three albums were released on Domino in 1997, 1998 and 2000.

After having played Third Eye Foundation's music for some three years plus, Peel finally got Elliott into the studio (his own, where he played all the instruments) in 1999: Peel prefaced it with the comment, "I think I'm going to enjoy this, and you're going to get very bored with it." He goes on to dub Elliott as "star of the Breeze Block very recently." The session was only aired once. No tracks were voted into the Festive Fifty, and there is no evidence of plays in the new millenium.

Retrieved from "https://peel.fandom.com/wiki/Third_Eye_Foundation?oldid=228978"
Community content is available under CC-BY-SA unless otherwise noted.