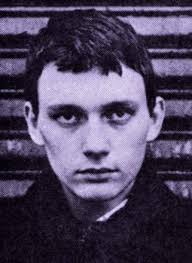 Wailing Cocks were a progressive punk band from Telford in the Midlands. In their short career they released two singles on the Birds Nest label in 1979: Rockin' Youth and Listen To The Wailing Cocks. They recorded one session for Peel, and the band were featured in concert on BBC Radio 1 on 24 February 1979 but this was not presented by JP. However, the band's career was cut short by the tragic death of their guitarist and vocalist Andy Leek's best friend Alan Boyle. Two earlier songs Leek had recorded with the Wailing Cocks were later licensed to Beggars Banquet Records for release as a double-A-sided solo single: "Move On (In Your Maserati)" / "Ruben Decides". These were both played on Radio One and were single of the week in Sounds.

The Wailing Cocks' sole session was recorded at the end of 1978, some considerable time before their vinyl debut: on its first play Peel commented, "With such a name, they should be a reggae band from the East End of London." Both the Cocks' singles were present: JP also played Listen To The Wailing Cocks as a single release at least once (this has since been re-released). John also claimed that their label Birds Nest were due to release an LP in March 1979 called Nothing Rock, but this never materialised. Leek played keyboards as well as contributing lead vocals, and was backed by Andy Growcott (drums), Alan Boyle (guitar) and Ian Rowley (bass). Along with drummer Growcott, Leek subsequently joined Dexy's Midnight Runners, playing on several tracks from their debut LP, their Peel Session (as Andy Leake) and their number one single Geno, although he left to pursue a solo career.

Peel probably became aware of the Wailing Cocks through his manager, Clive Selwood, who was involved in the Birds Nest label, which was distributed by Selwood's former employer, Pye.[1] In 2008, three Wailing Cocks tracks were reissued as part of the digital release 'The Vault: Unlocked - Singles, B-Sides, Rarities & Deletions - Produced By John Peel's Manager, Clive Selwood’.[2]

"We then discovered a group called the Wailing Cocks fronted by an extraordinary young man named Andde Leek. After recording a complete album, Andde left the group to go solo. Terrific. The replacement singer was also very good, but neither the original group nor Andde, with whom we recorded another album, ever made it despite some marvellous songs, great gigs and a couple of Radio 1 sessions."

Retrieved from "https://peel.fandom.com/wiki/Wailing_Cocks?oldid=233214"
Community content is available under CC-BY-SA unless otherwise noted.